Graduates at sa.global take part in a five-a-side charity football tournament, and are named top fundraisers!

Members of the sa.global Europe team took part in Business Fives Ltd charity five-a-side football tournament at the Gol Centre in Cardiff where they competed against other local business including Acuity Law, Celsa Group, Atradius, Hunter Selection and Target Group.

Not only did the sa.global team score 12 goals across 6 games, they also raised £706 for Tŷ Hafan and won the award for the top fundraisers in the event!

Former Cardiff City player Sol Bamba attended the event, hosting a Q&A session, after which he handed out awards for top goal scorer, player of the tournament, the runners up for the tournament and the tournament winners.

A fantastic effort from the sa.global team! 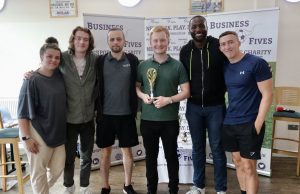 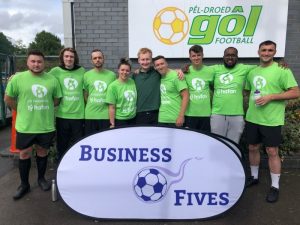