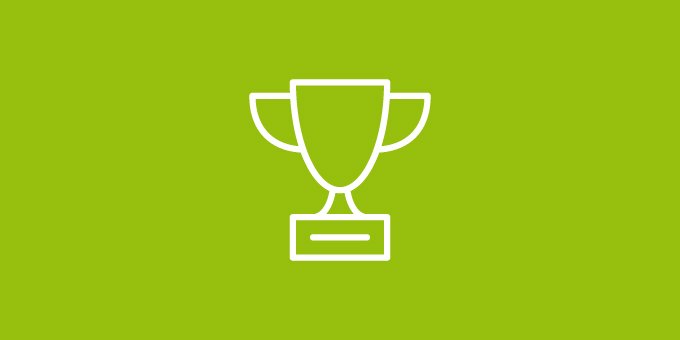 The Four Freedoms of Games and Gamification

Bjørn-Rune Hanssen, Gamification Manager at Intelecom explains why it’s good to experiment and fail when it comes to gamification in contact centres.

According to ContactBabel’s UK & US Contact Centre HR & Operational Benchmarking Reports, agent attrition rates in the UK averaged 22% in 2015. Globally, it is much higher. EvaluAgent reports that employee disengagement and staff unhappiness in contact centres is costing the UK economy £2.3 billion every year. It is well known within the industry that keeping agents motivated and happy is a massive challenge.

Why is it so hard to keep agents happy and engaged? We know games and gamification can be used to great effect here, but what makes games effective motivators to begin with? What is it about games that engage humans, and what is it that makes them different from ‘real life’?

An MIT professor named Scot Osterweil has defined a concept which he called ‘The Four Freedoms of Play’, a concept which explains much of the learning and motivational value of games. This is worth exploring because it provides some useful guidance on how to gamify successfully and it can help explain why your employees are disengaging.

The Freedom to Fail

The first of Osterweil’s freedoms, and possibly the most important of them, is the freedom to fail. Games by their very nature, allow the player to fail without persistent and harmful consequences, as opposed to the real world where failure usually comes with repercussions. In the contact centre, failure on the part of the agent can result in negative customer experiences, and could lose the company money.

As a rule, this doesn’t happen in the world of games. You fell down? That’s alright, go back to the start, try again and learn from your mistakes. Now you know that you can’t actually do that jump, so try something else. This is how the gamer learns the game; it is how they become masters of their craft. As the saying goes, once bitten, twice shy; there is no better teacher than failure, and there is no better environment for failure than that of a game.

Losing a customer in the real world is not the same as losing a game. However, that’s not to say you can’t allow your agents some slack. Instead of treating errors as something to be punished, think of them as opportunities for learning and improving service.

The Freedom to Experiment

In the real world, people and companies generally avoid trying new things if the old things they are doing seem to be working (and even when they aren’t, we are still generally averse to experimentation). To illustrate, consider a PBX-based contact centre solution which ‘gets the job done’. It may be a hard sell to upgrade to a cloud solution, as the PBX is ‘good enough’. A cloud solution might be massively beneficial, removing frustrations for agents, managers, and customers alike, but it’s just such effort, and that associated risk…

Games get around this kind of thinking through the previously mentioned tolerance of failure, but even if you don’t fail you’re still allowed to do things multiple times. That allows you to try different strategies, use different information, and accomplish your goals in different ways. Maybe the way you did it first was the best. Or maybe you find a way that is fifty times quicker and simpler. And the best part of it is, there is no cost to trying!

It is important to realise that these freedoms are not binary. It’s not a matter of having them or not having them, but of to what degree you have them. Even within games these freedoms are restricted to varying degrees. Which means that you might want to look at your contact centre with an eye to seeing how much freedom to experiment your agents have. And maybe consider if the work flow scripts your agents are required to follow are truly necessary, and if they are really conducive to improving your agents’ motivation. Probably not.

The Freedom of Identity

We all live our lives behind a few different identities, such as the professional, spouse, son or daughter. These identities are distinct, but also borne out of expectation: You can’t be the spouse at work, it would be weird to be the professional when you’re chatting with your friends and family.

Games allow you to redefine yourself as you wish, to free yourself from the shackles of expectation and even reality. Games don’t want you to be yourself, in any real version. They want you to be a wizard, a spy or the captain of a spaceship fighting aliens. Or become an actual alien yourself.

You might think that while this sounds freeing and nice, it’s not very useful. Think of it like this, games allow you to not just see things from someone else’s perspective, but to be that someone else. What better way to train your contact centre agents to provide excellent service, than to have them take on the role of the customer demanding it?

The more authentic you make your scenarios, the better the agent will learn, and the more empathetic and helpful they may be when in the future they end up talking to someone in the same role they once played.

The Freedom of Effort

There are limits to how much effort anyone is willing to put into anything. A child may run around the playground for ages playing tag, perfectly avoiding capture, until suddenly stopping and allowing capture. They’ve reached the limit of how much effort they are willing to invest in the activity.

This happens at work, too, but unlike on the playground the employee never has the option to simply stop working. The calls and e-mail keeps coming and in response to this never-ending torrent of work, a lot of agents disengage or at the very least lose focus. But gamers can play for hours on end, putting in masses of effort in the process, seemingly without disengaging or losing focus. Why?

The answer is that games allow you to take breaks as required. Single player games can be paused or interrupted. Multiplayer games usually give you plenty of opportunities to take some time off or at any point you can simply leave the game if you don’t want to play anymore.

In the context of work, this idea sounds horribly inefficient, but there may be some lessons to learn. You could, for example, implement a system where your agents earn ‘break points’ that they can cash in for pause time, or they can save to cash in for other rewards. It might be costly to allow agents to take too much time off the line during their shift, but ask yourself this question, would you rather have agents on 100% of the time, but actively disengaged and frustrated for half that time? Or have agents on 90% of the time, but ready and up for it the entire time?

By default, life severely restricts these freedoms, so one might question the benefit in considering them. As mentioned, I believe it may be helpful to think of them as continuums, where the question isn’t ‘do you have the freedom to fail’, but ‘how much freedom to fail do you have’. Less freedom means more frustration and more disengagement, which drives costs up and lowers customer satisfaction. If you keep these perspectives in mind and make an effort to increase the degree of freedom experienced by your agents, maybe through the use of games and gamification measures, you will soon see a return on investment, with agents, the contact centre and organisation all becoming winners.